The ‘Shifting Nests’ is a project proposed by the BLA Design Group to provide a sustainable housing solution for...
399

Demolished Materials Getting a Rebirth!

Organic architecture is a concept of architecture that nurtures harmony between humans’ built environment and nature. The idea behind this philosophy is that humans have an equal force to nature and both should live with harmony and balance and together form a sustainable ecosystem. 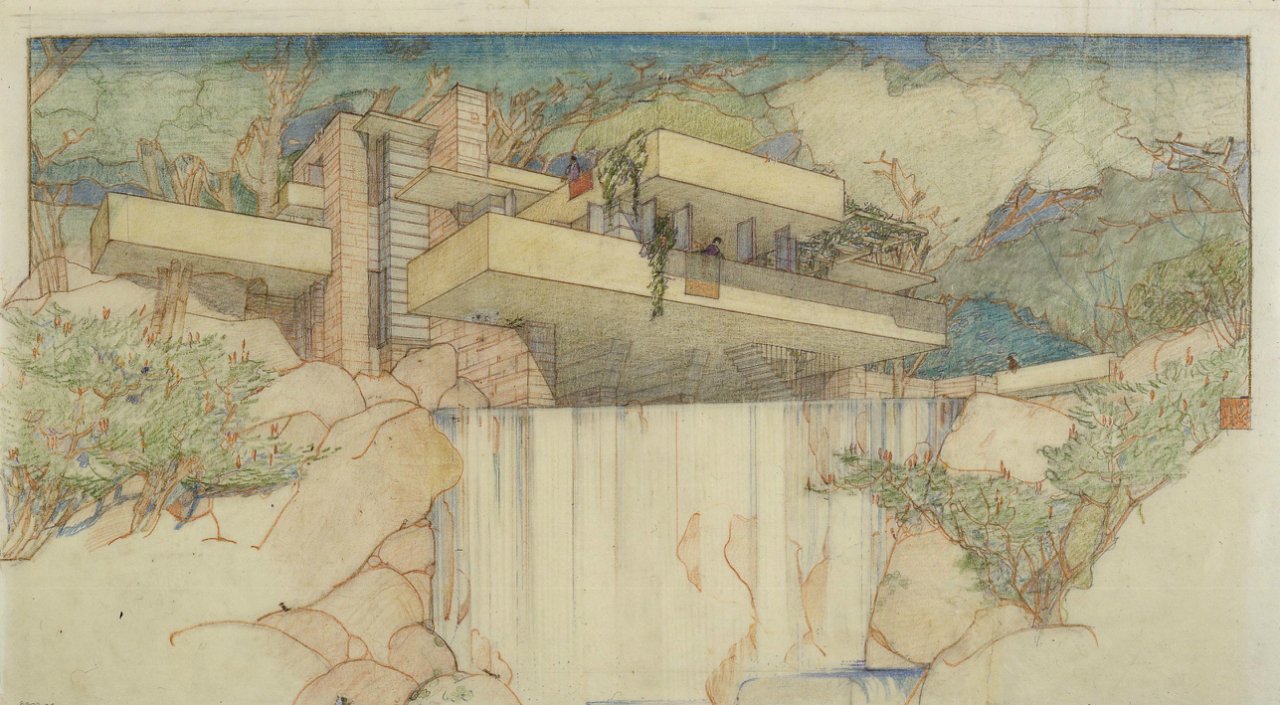 Nari Gandhi, a renowned Indian architect had his take on organic architecture. His designs and architecture were inspired by nature, a product of local climate and culture. His works were highly influenced by Wright’s theory of ‘flowing spaces’ and exhibited skilled craftsmanship. His works defined architecture in different terms with nature being the head and controller of the design. Simplicity and nature could be seen as supremacy in his works.

Organic architecture can be distinguished from conventional architecture in terms of its characteristics. One of the core organic concepts is that a building, like any other living organism, should grow and adapt to the environment. The design thus gets molded and shaped by the natural landscape and the mood board is also derived from the natural elements.

Another characteristic of organic architecture is simplicity. It values open spaces more as the rooms are reduced, the furnishing becomes a whole self with the structural elements, and the openings like doors, windows are aesthetically designed to serve the practical function as well. The building is a mirror of the owner’s personality which provides each property with a unique charm and impart individuality.

These concepts can be understood better with the following examples, 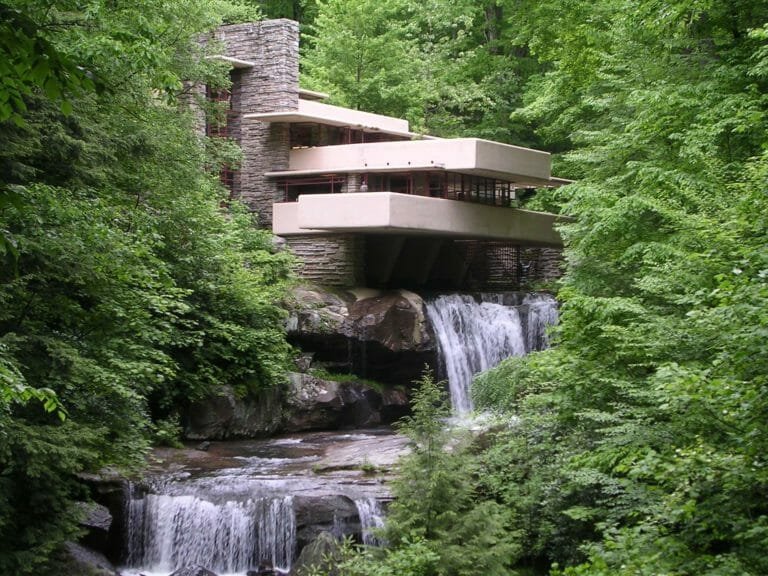 Fallingwater is a home facing a nine-meter waterfall designed by Frank Lloyd Wright in Bear Run Nature Reserve of rural Pennsylvania. Wright’s vision of organic architecture incorporated the home into the waterfall and allowed the water to flow underneath. He employed locally sourced sandstone and mirrored the color palette of the waterfall to ensure seamless blending of the waterfall into the natural landscape.

2. Out of the Box: Revdanda House 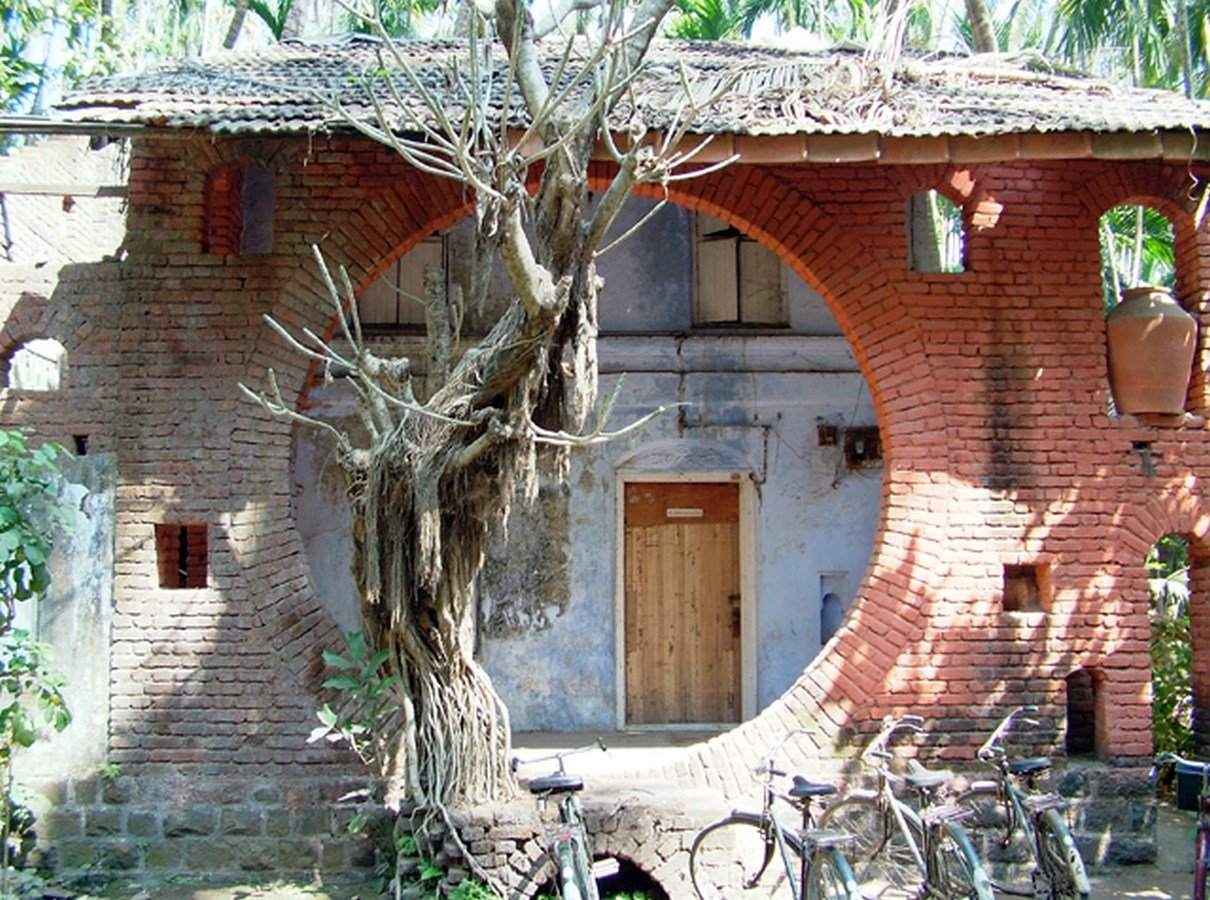 The charming red brick house designed by Nari Gandhi has defeated the typical concept of a home. Consisting of unconfined, open, and organic spaces, a collection of open, semi-open, and scattered spaces form this home. This project converses with the site through its large fenestrations allowing unobstructed views, allowing tree trunks to spread and grow, dedicating spaces for art objects. 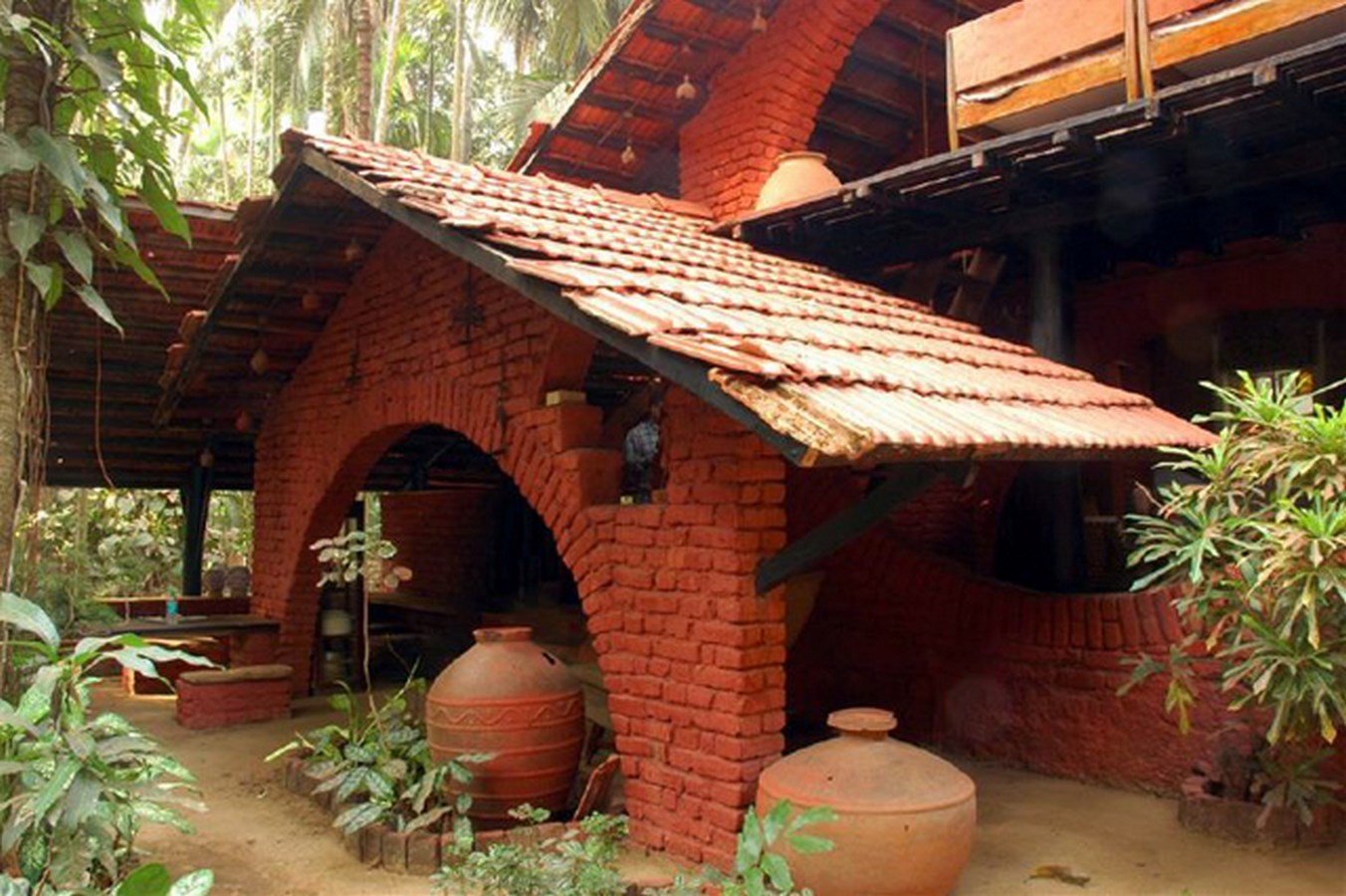 This climate responsive design, constructed out of local bricks, retained the dense vegetation of the site, and tree trunks were used as the main construction material. This architectural design can be perceived as an artistic mural in itself. 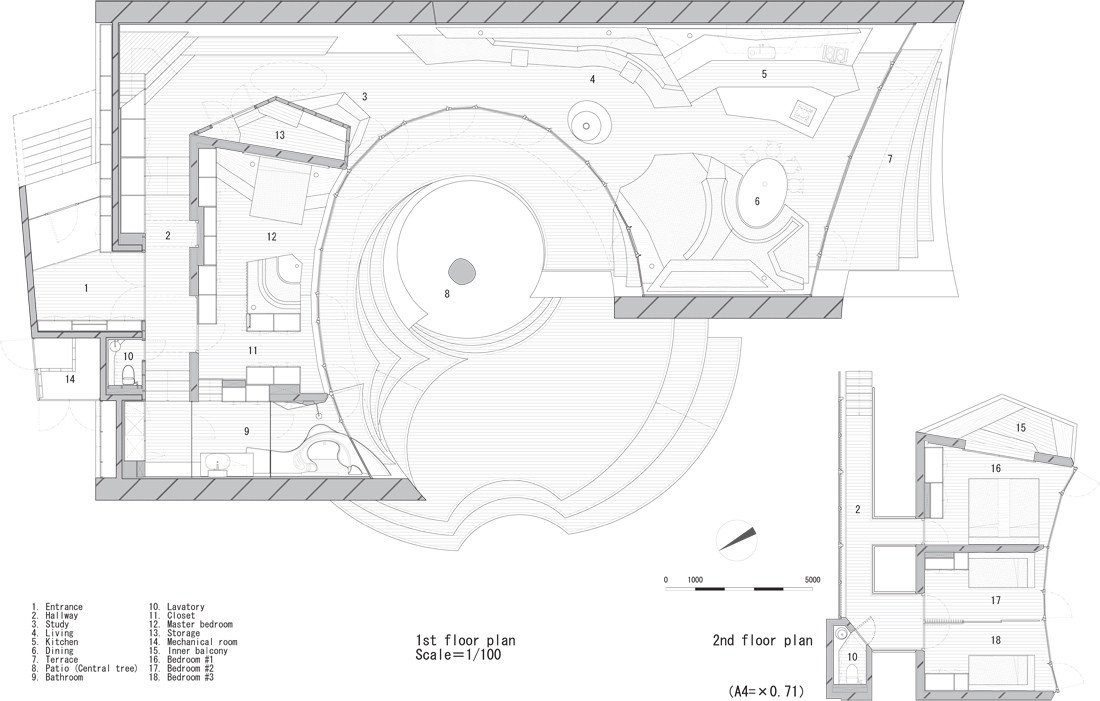 Shell is a holiday villa in Karuizawa, Japan. Designed by ARTechnic architects, this design is inspired by Frank Loyd Wright’s falling waters. This building fits well in the site surroundings and echoes nature through the design. 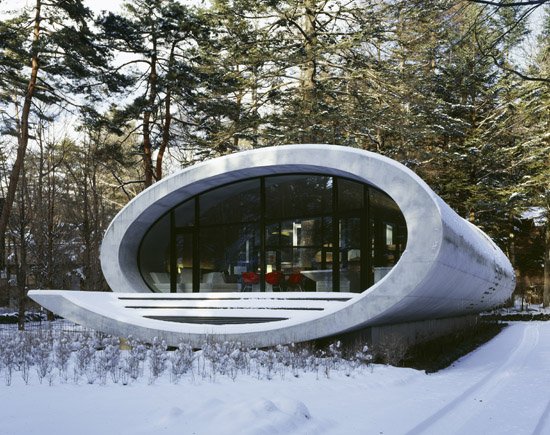 The villa is designed in an organic shape, resembling a shell. The villa syncs well with nature for the coexistence of natural and built environments. 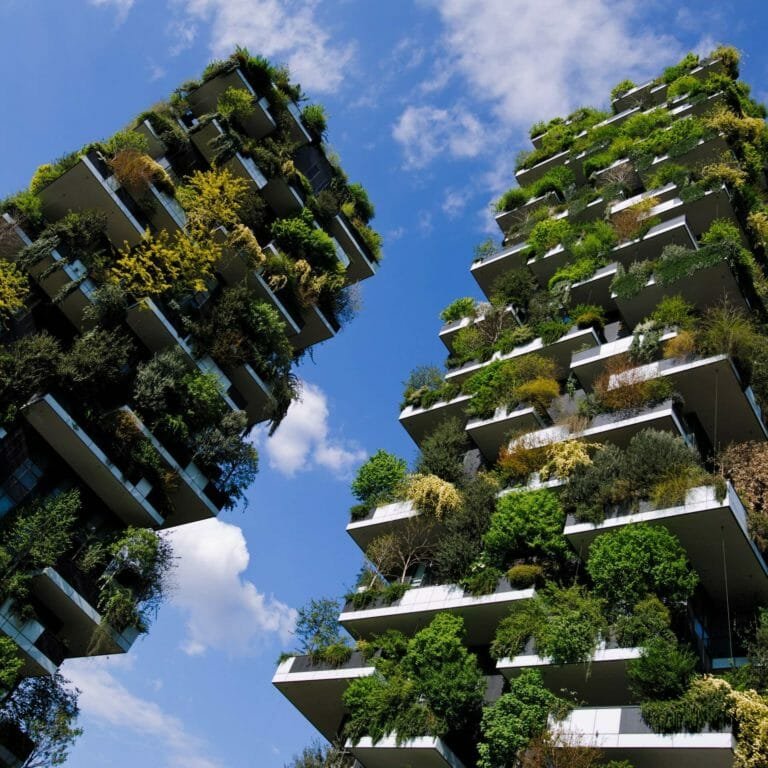 As mentioned, organic architecture can be perceived in multiple ways. While some claim it to be the relationship between interior and exterior spaces along with abstract organic shapes, others may perceive it as an architecture deeply rooted in natural forms and principled. To some, it is a juxtaposition of natural and modern construction materials. This concept cannot be strictly defined, thus organic architecture leaves us with a vast, diverse spectrum of organic buildings.

Where today’s world is going through urbanization and deforestation, organic architecture offers sustainable solutions for the coexistence of humans and nature and it may assist to reunite the constructions, expanding urban areas with nature.