As most of the world is developing into Modern and technologically advanced urban areas, an important change is seen in the design and construction of the transportation infrastructure. Being the most important aspect of Urban Planning, transit Architecture has a more logical approach towards de-cluttering our public spaces. As underestimated as it is, the planning and direction of transportation infrastructure and their hubs can control the movement of people and their approach towards their destinations.

As good on paper, it is very important to address the issues in the region to start planning and conception of urban environments. Architecturally, the planning and design of transit hubs across the city may change people’s perception of the city and psychologically impact their thought process to achieve healthier public areas. Along with the scale of the city, naturally, its vehicular population increases impacting the travel time and junctions around the city. Therefore it is very crucial to design, plan and build transportation hubs that are technologically safe and aesthetically welcoming.

Public transport hubs are built to display the strength and lifestyle, in many cases, of the people and the local culture. They are built to last for many decades together and therefore they become a very important part of the life of local people.

The shift in focus- Engineering to Architecture:

Transportation hubs were known for the grand plazas and planning along with their decorative local elements. These elements were clearly non- functional but still made a psychological impact on the visitor’s minds. The current transit design is very functional and technologically advanced which can be accessed in many ways to simplify the practical issues in the urban areas.

There is a shift in expectation. The conceptually designed and styled elements in any public area do entertain people as its form and material of construction do not. The transit designs challenge the scale of the projects and advancements in techniques more than they challenge the fluidity of planning and its micro resources!

The standards for transportation design such as railways or airways and their stationary hubs involve more critical engineering and systematic planning. What transit design does is it makes these continuously but temporarily inhabited spaces more lively and approachable by understanding the movement pattern of the visitors.

Here are 4 examples of exceptional transit hub designs from across the countries: 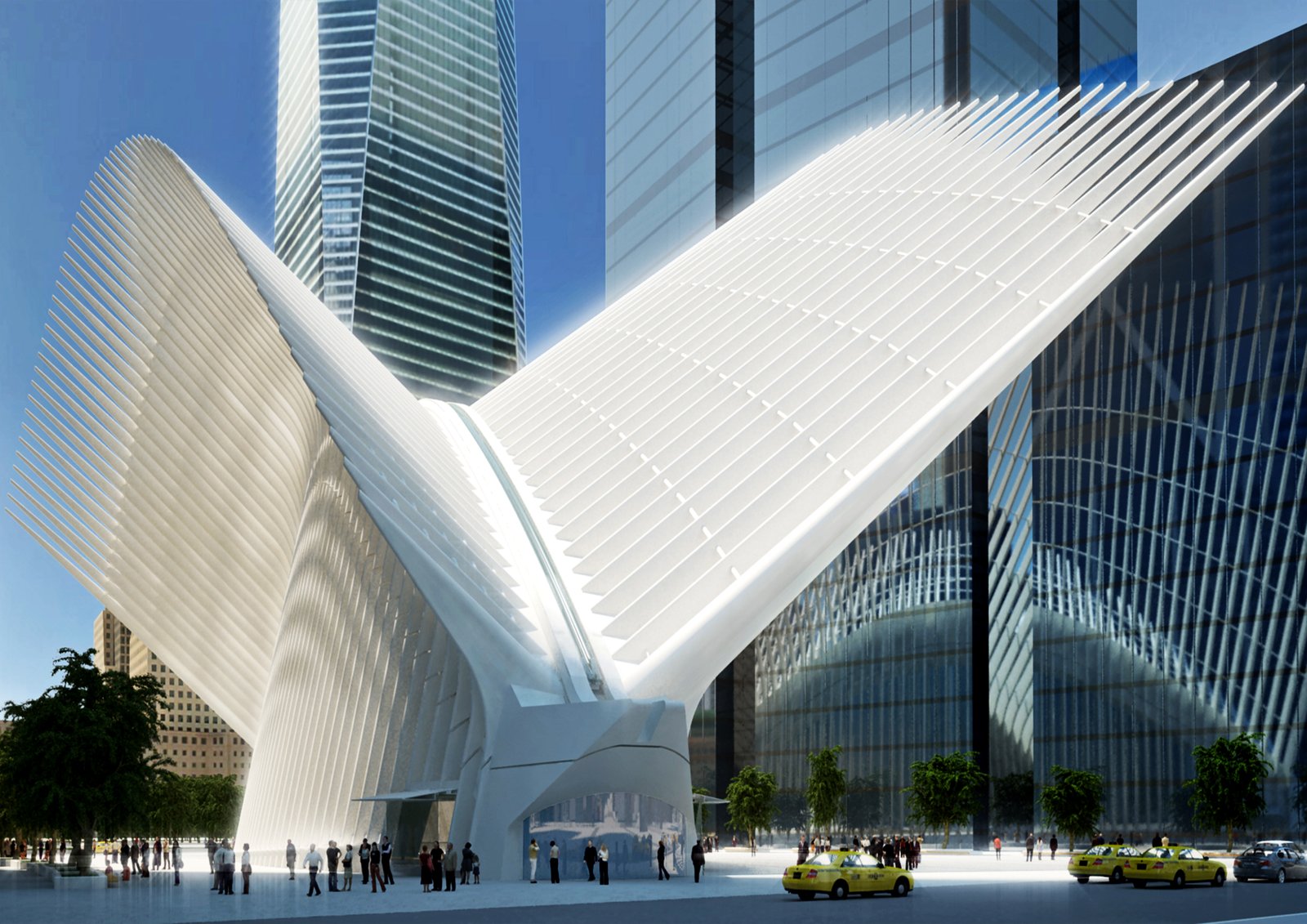 It is modern, it is minimal and it is nothing less than extraordinary Architecture!

Organically elevated, this terminal is nothing less than a museum. Constructed within the long span of 14 years and completed in 2016, it is one of the most expensive train terminal building. Santiago Calatrava built a terminal that made a statement with its form, the elliptical arcs imitating the wings of a bird with a 330 ft. retractable skylight.

Referred to as the ‘Jewel’, this transit hub houses restaurants, hotels, retail shopping and much more than just an airport service. It is a huge greenhouse designed to acknowledge all the activities and the movements inside the structure connecting them with bridges and gardens. There are critically designed indoor landscape areas that do not disrupt any flow within the terminal but still allows interaction and relaxation to the visitors. 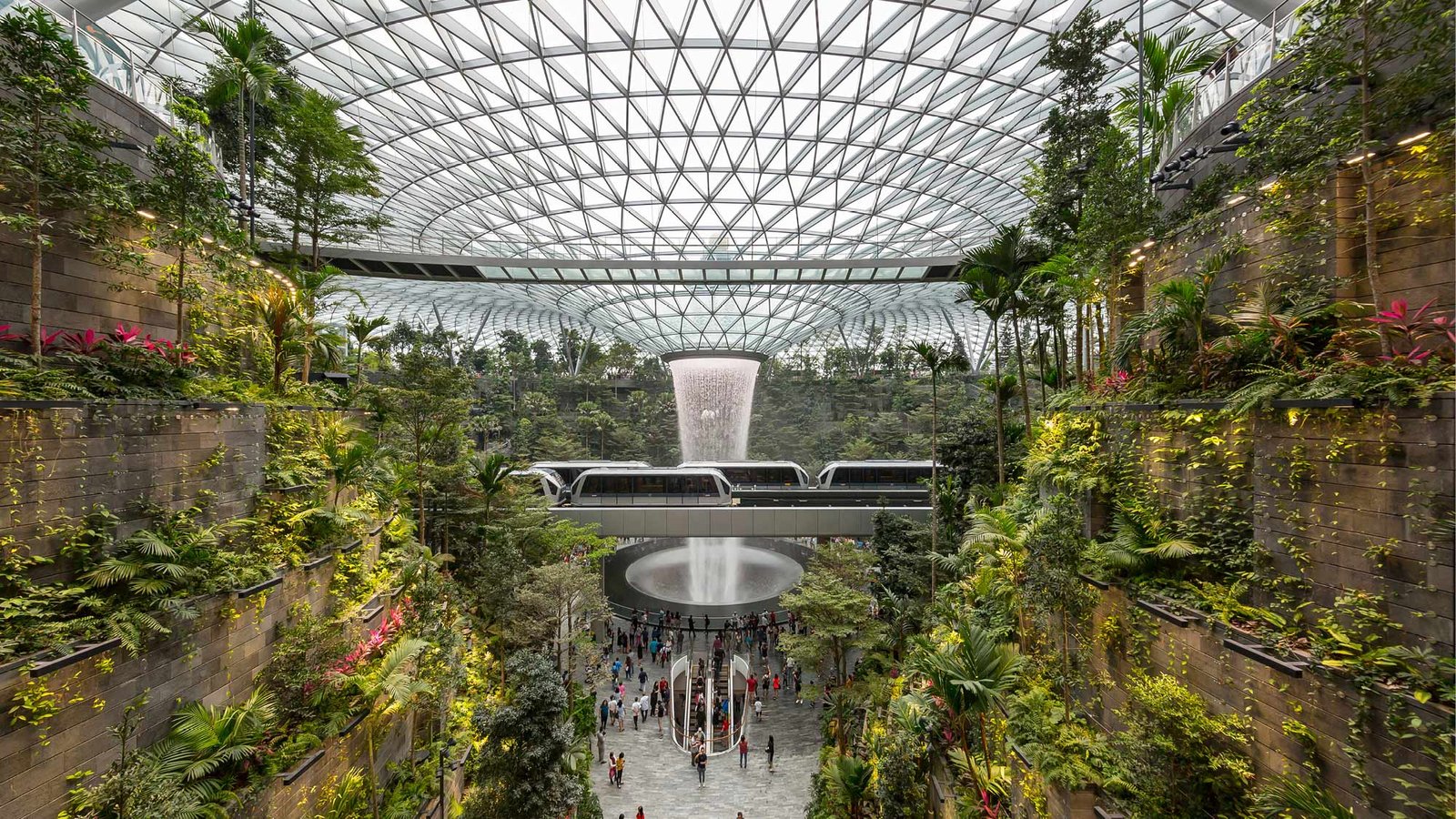 It imitates a ribbon, encircling the plaza and spiraling down towards the sea! Built to make a statement, this small terminal manages a fluid connection within its levels to give the visitors an experience like never before. It connects the levels from within the curved walls which also houses a restaurant, conference rooms, and the Science and Technology Park.

Spanning across 4 million sq. ft., it reflects the culture and tradition of the country in the most minimal as well as modern way. The mega steel structure has been added in Glass-fibre Reinforced concrete panels from columns to the roof. The peacock eye-shaped molds in these panels allow natural light to filter from the roof towards the floor. The terminal building became a landmark in the modern Indian Architecture! 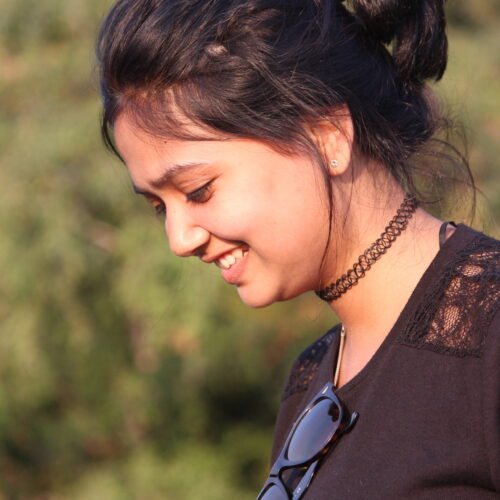