Traditional buildings are the typical structures that have been passed down from generation to generation, or from person to person verbally, constructed in such a way that allows free air and moisture movement through elements such as vents, chimneys, and windows. The world is now facing an unusual situation dealing with a new pandemic, namely the Novel Corona Virus or the COVID-19 which is an extremely infectious disease.

The virus as scientists throughout the world have found out seems to be spreading through droplets generated when an infected person coughs, sneezes, or exhales, however, the droplets are too heavy to hang in the air, and quickly fall on floors or surfaces. A person can acquire this deadly disease if he or she comes in contact with these surfaces, also the person can be affected breathing in the virus if one is within close proximity of someone who has COVID-19, or by touching a contaminated surface and then the eyes, nose or mouth. 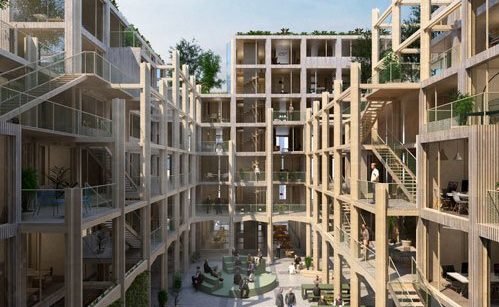 The pandemic has forced various superpowers and developing countries to have a complete shutdown which has resulted to have affected the economy of the nations throughout the globe. This has resulted in many architects to think about how the consequences and adaptation that would be taken into consideration for the various structures. As the situation has forced architects and urbanists to rethink the houses of the future, this eventually led to studio BELEM their proposal that rethinks traditional housing models.

The proposal stressed on the fact that the pollution in the cities should be brought down and it also encouraged the urban culture of work from home, also the need of humans to come closer to nature. Therefore they created the ‘Aula Modula’ a project proposing a flexible and lively place that caters for these societal changes.

The planning of the project is done in such a way that it discards the ideas of traditional buildings and rethinks the functionality of homes allowing free as well as a flexible sustainable support for the sudden changes. It certainly also aims at bringing back the greenback into the city, promoting interactions among all the residents by sharing common spaces and it also redefines the living spaces of the housing allowing the residents to be creative. The design also provides workspaces to each apartment, all facing the common courtyard and have direct access to collective terraces that promote social and professional interactions between residents and workers. 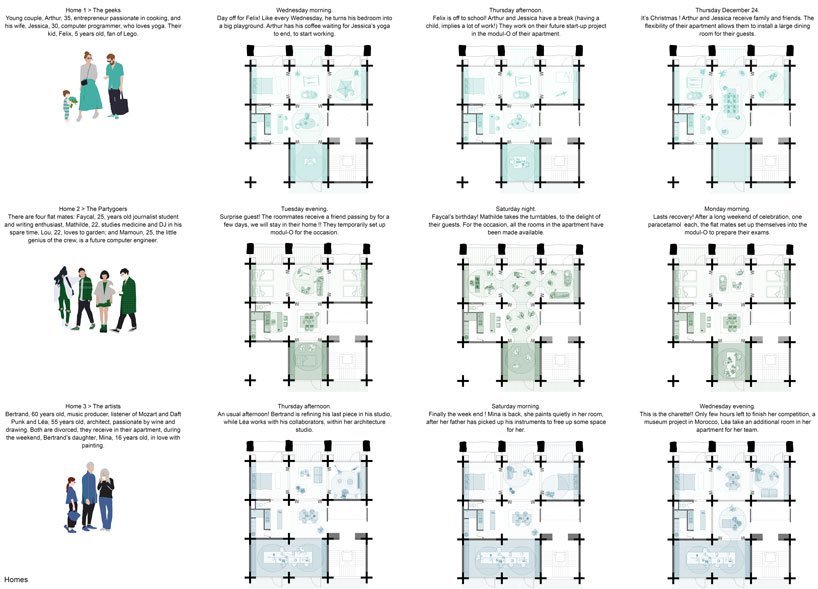 Most importantly the project promotes an age old simple architectural style, low-tech post and beam construction using locally sourced materials, including the aspect of energy saving and a good plan to manage all the resources. These goals have been achieved by the addition of green spaces to promote biodiversity as well as the natural ventilation of the place, wastewater has been reused for creating green roofs, a responsible waste management system has been added, and recovering thermal energy from the building to heat a seedling greenhouse that will feed the residents’ crops.

The project also is open for shops and other commercial aspects for residents to respond. Host collective gardens and outdoor spaces are placed on the upper floors creating a succession of wide well oriented south-facing area; hence the project is also fragmented on the global surface.

The recent setting has changed initial ideas of a home, with a significant rise in the work from home theory people no longer want to waste their time on traffic jams waiting or for that matter of fact crowd into one means of transport. This design certainly caters to the all the urban needs of bringing people together even though not physically but socially.