Top 10 most Expensive Homes in India

From Crores to millions, the cost is not the only factor that governs the quality of living, that one desires and so is this list of the most expensive and luxurious homes in India. With all the desired amenities that one dreams of, from pools, gardens to garages and offices that dignify the personality of the owner. Mostly the proud owners of these expensive homes in India are located in Mumbai, Maharashtra.

1. Antilla- 10,000 Crores
Antilla, located in Mumbai, India costs $1 Billion. This 400,000-square-foot home is situated on one of the most expensive localities known as Altamont Road in South Mumbai. Which was designed and constructed by a Chicago-based architectural firm, Perkins & Will, and hospitality design firm, Hirsch Bender Associates with a concept fashioned along the lines of the lotus and the sun.
This most expensive home was built for Mukesh Ambani, the Chairman and the Managing Director of Reliance Industries Limited, a Fortune Global 500 company, and India’s richest man. The building is centered in Mumbai’s Cumballa Hill neighboured and stands at an impressive 27 stories high, replete with extra-high ceilings. All floors are of the height of an average two-storeyed building. With resistance to withstand an earthquake of magnitude 8 on the Richter scale.
Moving to the inside the house, there are six floors that are purely devoted to car storage and parking along with a service station, a dedicated temple, a movie theatre with 50 people carrying capacity and elevators along with three helipads, a salon, health spa, a ballroom and yoga studio, ice-cream room and multiple cinemas. 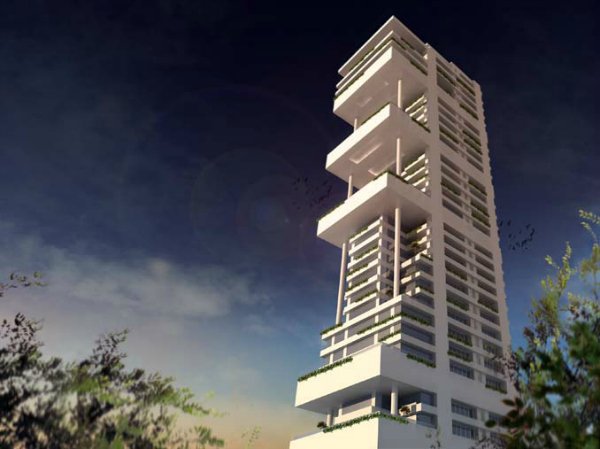 2. JK House – 6000 crores.
Industrialist, The Chairman of Raymond Groups, Gautam Singhania’s most expensive along with the tallest private house in India is the “JK house” spread over 16,000 square feet has more than 30 floors out of which 6 are utilized for parking. Located in the Upscale Tony Breach Candy area of South Mumbai houses two refugee floors between the third and fourteenth with an in-house spa, private swimming pools, areas for recreational activities, and its own helipad along with its own jade museum and showrooms on the lower floors. 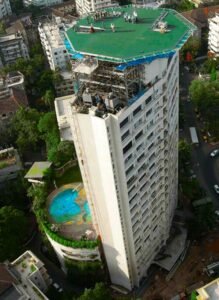 3. Abode – 5000 Crores
Spread over 16,000 square feet is the luxurious house “Abode” owned by Anil Ambani. The house is almost 70 meters high and has a helipad with a few helicopters which costs Rs. 5000 Crore. The interiors of this house are dominated by whites and greys in the living space designed by designers abroad. Entring through huge glass windows allowing natural light to flood in all over the house. With facilities including a gym and swimming pools.

4. Jatia House – 425 Crores
Jatia House located in Malabar Hills is owned by Kumar Mangalam Birla, chairman of the $41-billion Aditya Birla Group. This luxurious home is spread across a 30,000 square feet area with specifically designed wall claddings and ceilings made of Burma Teakwood. The interiors are characterized by massive corridors decked in the finest marbles with 20 bedrooms, multiple ballrooms, lavish gardens, a central courtyard, and a huge space for a garage along with space for hoisting parties for around 500 to 700 people. 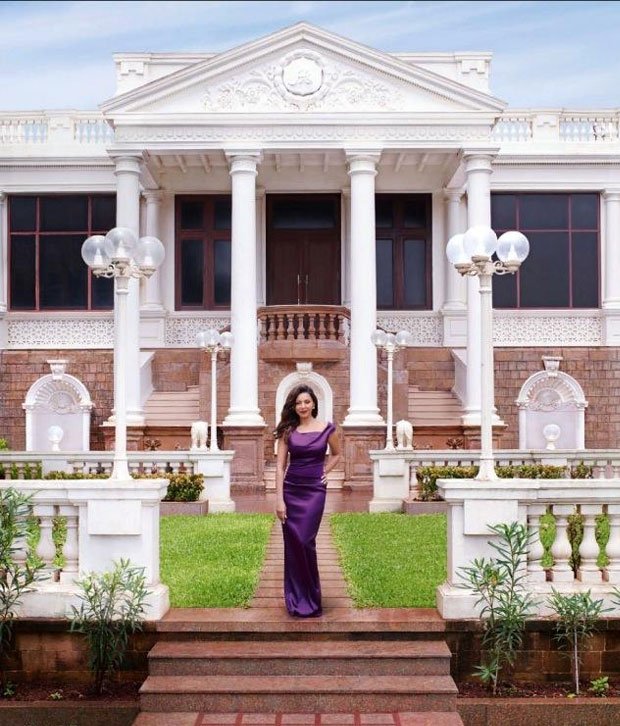 5. Mannat – 200 Crores
Shah Rukh Khan and Gauri moved into Mannat with an empty shell, which Gauri, interior designer, creatively and thoughtfully put together to create a warm, family nest. After many renovations and redesigns to suit the growing needs along with architect-designer Kaif Faquih worked on the mansion for nearly a decade. It houses a 1920s-era exploiting Grade III heritage structure that features a white Neo-classical, all-white facade and a six-story annex. This most expensive house has multiple rooms, elevators, and spacious entertainment spaces along with a terrace garden. With an eclectic vibe that is personal and maximalist. The interiors show a strong confluence of neo-classical, Italian, and a combination of Indian elements. The other side of the house has an extended second wing which contains a posh lounge area for story sittings, a sprawling kitchen, along with Mr. Khan’s office and studios, and a consciously equipped gym. 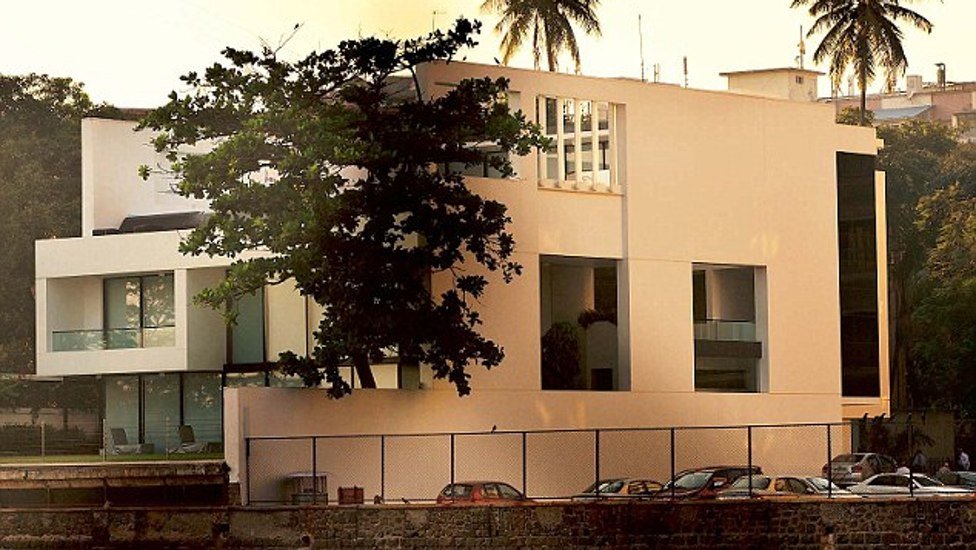 6. Ratan Tata‘s Retirement home – 150 crores
Tata Group owner Ratan Tata house is located in Colaba, Mumbai, which values Rs 150 crores. This space is spread over 13,350 sq ft which is divided into 7 levels. Apart from social areas like the living, dining, and private bedrooms, there is also a gym and a media room for entertainment along with a basement that can hold about 10-12 cars. The top floor has a sun deck that can accommodate up to 50 people which offers a spectacular view of the Arabian sea. Characterizing the house to be a piece of art as it is loaded with envious luxuries and amenities. 7. Jindal House (Delhi) – 150 crores
The tube of politician-industrialist Naveen Jindal’s most expensive house is located in the Leafy Lutyens Bungalow Zone in Delhi. The Bungalow is spread over 3 acres and the value of this house is approximately 125-150 crores. A striking white building nestled inside one of the most beautiful parts of New Delhi is considered an architectural marvel. 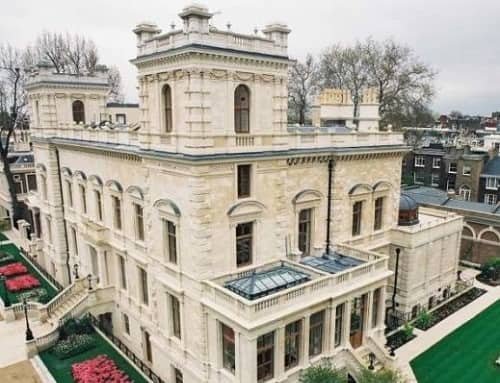 8. Ruia House- 120 Crore
Essar Group and business tycoons, the Ruia brother’s house are located in the heart of Delhi. This beautiful mansion is spread across 2.24 acres and as per reports, it’s worth ₹120 crores as the owner quotes to live his life king size. The location of the house is Tees January Marg in New Delhi. 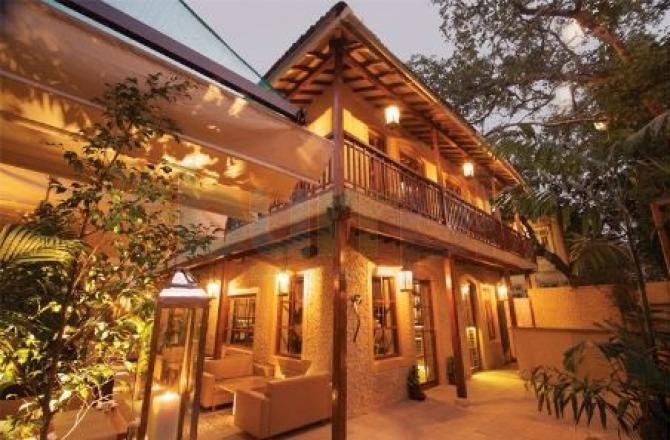 9. Jalsa – 120 Crore
A gift to Amitabh Bachchan by director Ramesh Sippy after completing the shooting for Satte Pe Satta was this most expensive home “Jalsa” which translates to ‘celebration’ and costs between ₹100-₹120 crores. Located in Juhu, Mumbai. This mansion covers about 10,123 square feet, with the double-height residence which has a front porch, a verdant garden, glass chandeliers, plush rugs, spectacular paintings inspired by royal heritage, and high traditional arches. 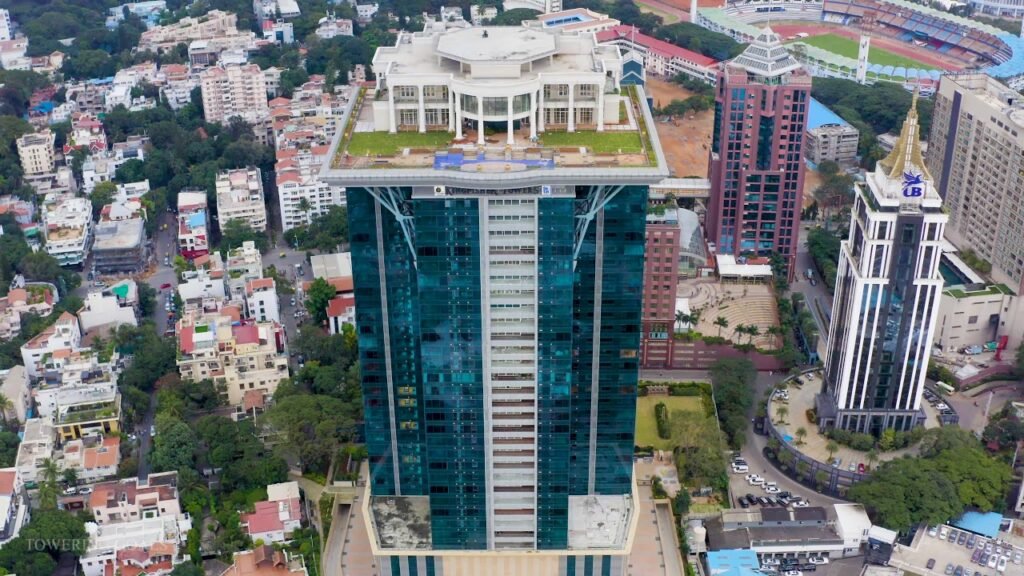 Kingfisher’s owner Vijay Mallya’s ‘White House in the Sky’ is one of the luxurious houses in the country. Located in Bengaluru, the house is valued at around Rs 100 crore. It has numerous amenities. This mansion conceptualized penthouse is mounted on a giant cantilever slab on the top of Kingfisher Towers residences at UB City at 400 feet, which is being built on a 4.5-acre land parcel that once housed his ancestral home. 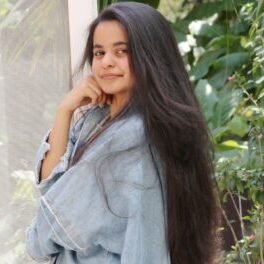 Rutuja Sahane
Rutuja is an architecture aspirant and studies architecture with art and psychology in keen interest. She’s a magician of sorts, turning her thoughts of wonderment into pieces of originality. She marches to her own beat, and vividly transfer it to her own rhythm. She dramatically extends her boundaries to evolve her perspectives towards her work. She is an avid researcher and finds creative interest in expressing her ardent thoughts in different fields of architecture.