How Architecture is responding to the Wuhan Coronavirus

Ecological systems have been surviving on earth for a long time and will continue to exist in the far...
367

WHO recently declared a global health emergency because of a huge outbreak of a new strain of Coronavirus that has killed over 400 lives in southern China and the central Chinese city of Wuhan. More than 20,000 confirmed cases of this new virus have been reported. It is not the first time that we have faced such a crisis but, this time it is more widespread than ever. The first case of coronavirus was actually observed back in the 1960s but it wasn’t an epidemic problem. In 2002 – 2003 critical cases of the severe acute respiratory problem (SARS) were faced, which lead to a huge outbreak (also originated in China).

Coronavirus is a family of viruses that causes illness ranging from common cold, flu to extremely serious problems like SARS. These viruses were formerly transmitted via animals. But now human to human transmission has been confirmed. There are still several known viruses that spread within animals and haven’t affected humans yet.

2019- novel Coronavirus, identified on January 7 by Chinese authorities, is a new strain that has not affected humans before. Most commonly, the virus spread through airborne fluid produced by infected individuals. It spreads from a person to another in close proximity, very much similar to other respiratory problems.

Snakes were first suspected as the potential cause of virus spread. Though many other experts suggest that it is due to the seafood market in Wuhan, where illegal practices of selling seafood have also been done. Bat, poultry can also be the reason. 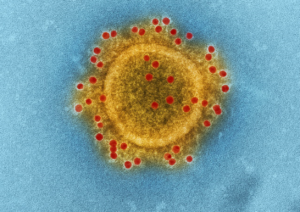 The virus has an impact on people living in China. The country has placed Wuhan under lockdown, affecting millions of people. Businesses are taking drastic action affecting the global economy. Many airlines have halted flights to China. Other nations are evacuating their citizens from China. The virus has spread to Hong Kong, Philippines and many other countries of Asia, Europe and the Middle East; mainly because of traveling.

How architecture is helpful? The pre-fabricated and modular structure is the future for such probable mass health emergencies. The Chinese government is using its resources into new advanced construction techniques.

How can such an immediate timeline be met? Well, what Chinese are building is actually more of like an emergency center for managing mass infection. The use of pre-fab structures is the key reason for such suppression of timelines. A fully constructed factory made structure is transported to the site and assembled there.

This kind of supermodular structure has also been used earlier in different parts of the world. But China is much ahead of other nations in responding to emergencies as history has prepared them for an ongoing crisis in Wuhan. 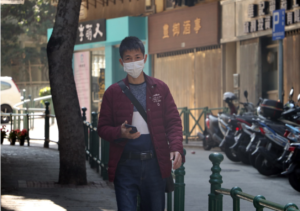 But as advanced and appealing this new technique may feel, it is not necessarily sustainable. They meet the safety standards when it comes to structural strength but not sustainability principles. This structure can not be reused or disassembled once they fulfill their requirements in emergencies. Works need to be done on pre-fab units so that they can be repurposed in some other structure.

Other problems that people living in these sealed cities face are closed roads and transportation in the affected areas. This is happening mainly because of the centralized planning of the city. People only go out for grocery shopping or for emergencies. Decentralized planning or grid planning would have helped in the easy flow of transportation. It also helps smaller communities to function in a better way even if they are living in the outskirts of the city.

There is mitigation for the risks. Scientists are working on vaccination but it is not likely to be available for mass distribution right now. Chinese have effectively sealed off Wuhan and 15 other cities. There are restrictions on traveling and many airlines have canceled their flights to China.

In terms of self-protection, experts agree that it is important to take care of basic hygiene. Wash your hands frequently and thoroughly. Cover your face with a mask or tissue while coughing and sneezing. Avoid direct contact with animals in affected areas. Maintain distance from the affected person. Stay alert and do not panic.