Urban planning is of great significance for creating and shaping cities, towns, and urban dwellings. It provides a framework that arranges streets, major roads, landscape, residential and commercial areas into a well-synchronized network. Planning and designing mean more than just shaping or aesthetics, it involves strategic and innovative progress of society based on the research, facts, and requirements of the community for whom the cities will be developed. A well-planned city works around many factors that influence growth, economy and social diversity of the region.

The location of a city or a town has its own geographical history. A city developed in desert land would be completely different from the one located in the mountains. Climate is important for a region’s environment as it changes the basic necessities of the city dwellings; also influences the proximity to different sources like food and water. Planning also requires the consideration of physical challenges like terrain or water bodies at the location. 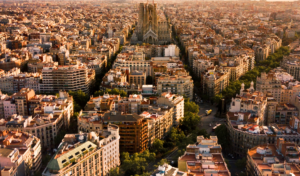 A well-planned system considers the social and economic development of the region. Already existing fabric of societies and communities might need to be redefined for the expansion or revitalization of a particular area. It would require the setting of new buildings, marketplaces, and transportation; hence study of economic factors is a must. Number and type of businesses associated with the area also help in the development of a better-planned network.

Urban planning requires proper monitoring of population trends in the area. Considering the high densification of cities there could be an urgent need to build high rise buildings to accommodate future growth.  Similarly, increase in tourism will require additional hotels and resources like water and food. Proper studies and research work needs to be done to under the population growth, predictions the fluctuations regarding any kind of changes in the region.

With the era of industrialization, 19th century was accompanied by rapid population growth, public failures and unwanted consequences of development. Eventually the growth and urgent need gave rise to progressive movement, of which urban planning was a major part. Extreme poor living conditions, slums and threat of disease made sanitation improvement the very first demand. New standards were set for systems of water supply and sewerage, leading to the betterment of housing construction in a well-planned manner. 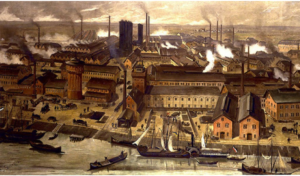 Parks were developed in an effort to improve urban environment. Later, playgrounds came into existence providing facilities of games, sports for both children and adults. Planners believed that outdoor recreation would have a civilizing effect on society. New York’s Central Park, based on garden city concept, was a widely imitated planning model. It had separate pedestrian and vehicular traffic; a beautiful landscape right in the middle of the city which demonstrated that the creation of a park would greatly enhance the living surroundings.

Planning was started on a grand scale, adding straight arterial roads, beautiful vistas and series of squares and blocks with radiating roads for better connectivity. Construction of transportation corridors and commercial places was started; poor people were displaced from centrally located areas.

Redefining cities for next generation

For coming generations, cities are adopting the concept of sustainable urbanism. It is defined as walkable and transit-served urbanism, incorporated with high-performance buildings and infrastructure. It improves the application of sustainability and resilient principles in designing, planning, and operation of cities.

A well-composed city needs to deal with uncertain developments such as impacts of climate change, migration etc. Urbanization has always resulted in unexpected transitions like the development of sustainability or the generation of renewable energy. Buildings from past were not prepared for these deliberate changes. Urban planning evokes strategical development, determined to fix the future and create better green livings.

Urban planning is thinking long term which helps in generating economic opportunities. A well functioning city can reduce congestion costs; creates better living conditions resulting in greater land value of the city. Urban planning provides a framework of development in a controlled and coordinated manner which helps cities to thrive and transform for better future.