Chinese hackers attempted attack on Indian Cyberspace more than 40,300 times in a week post- Galwan clash An Overview: After a...
273

Buildings and Their Own Microbiomes

We definitely have a human right to identity, commencing the moment we are born. The most surface level of identity consists of one’s first and last name, date of birth, nationality, etc. Without a valid ID, one can’t own a property, business ownership, vote, or receive government services.

Have you ever been victimized by an identity threat? Calling up credit/ debit card companies to change all your card dispute charges and resetting passwords to all of your applications and worrying about whether someone may call up your cell phone provider with your leaked information to commit a SIM porting hack. And once someone has access to your texts, a gateway is created into many online services, even if you are using two-factor authentication. In the following article, we will be learning about Blockchains and how they are secure. 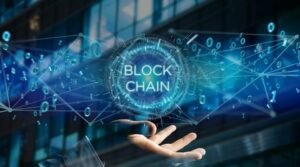 A blockchain is a public ledger of information collected through a network that sits on top of the Internet. The information is recorded that gives blockchain its groundbreaking potential.

Blockchain is neither a company nor an app, but rather an entirely new way of documenting data on the internet. The technology is used to develop blockchain applications, like social networks, messengers, games, exchanges, storage platforms, online shops, voting systems, etc. In a sense, it is similar to the Internet, which is why some have dubbed it ‘The Internet 3.0’.

A chain of ‘blocks,’ but not in the traditional sense of words. When we say the words ‘block’ and ‘chain’ together in this context, we are actually talking about information (the ‘block) stored in a public database (the ‘chain’).

While the blocks are used to store single purchases from online shopping websites, the reality is a little different. A single block on the blockchain actually stores up to 1 MB of data. Depending on the size of the transactions, a single block can house a thousand transactions under one roof.

How does Blockchain work?

When a block stores new data, it is added to the blockchain. Multiple blocks that are strung together. However, the following are the four things that must happen:

How Private is Blockchain?

The main question arises- If you cannot know who is adding blocks to the blockchain, how can you trust blockchain or the network of computers upholding it? 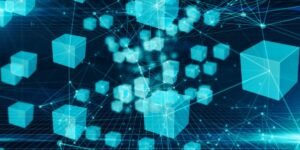 After the addition of the new block at the end of the blockchain, it becomes difficult to go back and alter the contents of the block. Hash codes are created by a math function that turns digital information into a string of numbers and letters.

For example, let’s say- a hacker attempts to edit your transaction from your online shopping account so that you actually have to pay for your purchase twice. As soon as they edit the dollar amount of your transaction, the block’s hash will change. The next block in the earlier chain will still contain the old hash and the hacker will need to update the block in order to cover their tracks. By doing so, this will change the block’s hash. In other words, once a block is added to the blockchain it becomes very difficult to edit and impossible to delete.

In the proof of work system, the computer must ‘prove’ that they have done ‘work’ by solving a complex computational math problem. If a computer solves one of these problems, they become eligible to add a block to the blockchain. The process of adding blocks to the blockchain it’s called ‘mining’ in the world of cryptocurrency. If a hacker wanted to coordinate an attack on the blockchain, they would need to solve complex computational math problems at 1 in 5.8 trillion odds like everyone else. The cost of organizing such an attack would almost certainly outweigh the benefits.

The goal of blockchain is to allow digital information to be recorded and distributed and not to be edited. The concept is difficult to wrap our heads without seeing the technology in action. The technology of Blockchain was first outlines in 1991 by Stuart Haber and W. Scott Stornetta, two researchers who implemented a system where document timestamps could not have tampered. Almost two decades later, with the launch of  Bitcoin in January 2009, the blockchain had it’s first real-world application.

The Bitcoin protocol is built on the blockchain. When it comes to the printed money, the use of printed currency is regulated and verified by a central authority, usually a bank or government. Transactions made in Bitcoin are verified by a network of computers as Bitcoin is not controlled by anyone.

When one person pays another for goods using Bitcoin, computers on the Bitcoin network race to verify the transactions. Whilst, a user runs a program on their computers and try to solve a complex mathematical problem, called a ‘hash’. the completed transactions are publicly recorded and stored as blocks on the blockchains and so it becomes unalterable.

The complete user data is not publicly recorded as compared to the transactions. In order to conduct transactions on the Bitcoin network, users must run a program called ‘wallet’. Each wallet consisting of two unique and distinct cryptographic keys – a public key and a private key. The key that appears on the blockchain ledger as the user’s digital signature.

However, due to the complexity of this equation, it is almost impossible to reverse the process and generate a private key from a public key. Hence, Blockchain is considered confidential. 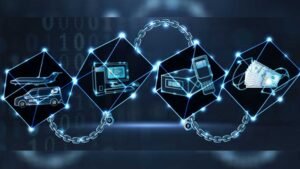 Blockchain technology has proven itself robust and secure. This shall not mean that there are no blockchain technology problems that can affect the security of the entire ecosystem. It is still emerging technology and evolving with each passing day. Most security vulnerabilities are patches up quickly and in extreme cases, they result in a new version of blockchain.

As we head towards the third decade of Blockchain is finally making name for itself for the technology already being implemented and explored. Yes, there will be vulnerabilities, if not then how will the world prosper.

Navigating through the highlighted complex world of blockchain requires a thorough understanding of the security issues and ho to mitigate them. But on your side, you can make sure everything remains profoundly sound. Following are simple steps for keeping hackers from stealing your blockchain keys:

So, when all things considered, blockchain is a much better solution to storing and exchanging digital values than anything that has come before. Does that mean we are secure now? No, but then nothing is! With time technologies keep developing and improving to ensure that data or transactions are as secure as possible. That’s all folks! If you are interested in gaining more information about day-to-day cyber threats please visit the blog section to know more. As the scenario of online surveillance is becoming more and more prevalent, there are critical tools that help you stay private and secure online. Tor (The Online Router) is a powerful tool for online anonymity. Nevertheless, there is no such thing as 100% security. It is hence essential to consider its threat models and make sure that you understand what Tor can or can’t protect you against. For more information visit here!