The ‘Shifting Nests’ is a project proposed by the BLA Design Group to provide a sustainable housing solution for...
1504

The masterplan BiodiverCity by BIG is a three-island cluster built offshore from the Penang Island in Malaysia. An autonomous transport network connects the entire masterplan.

This mega project consists of 1821 hectares of land under development by BIG and the Penang State Government. Ramboll and other local architect Hijjas are also an active part of the masterplan. 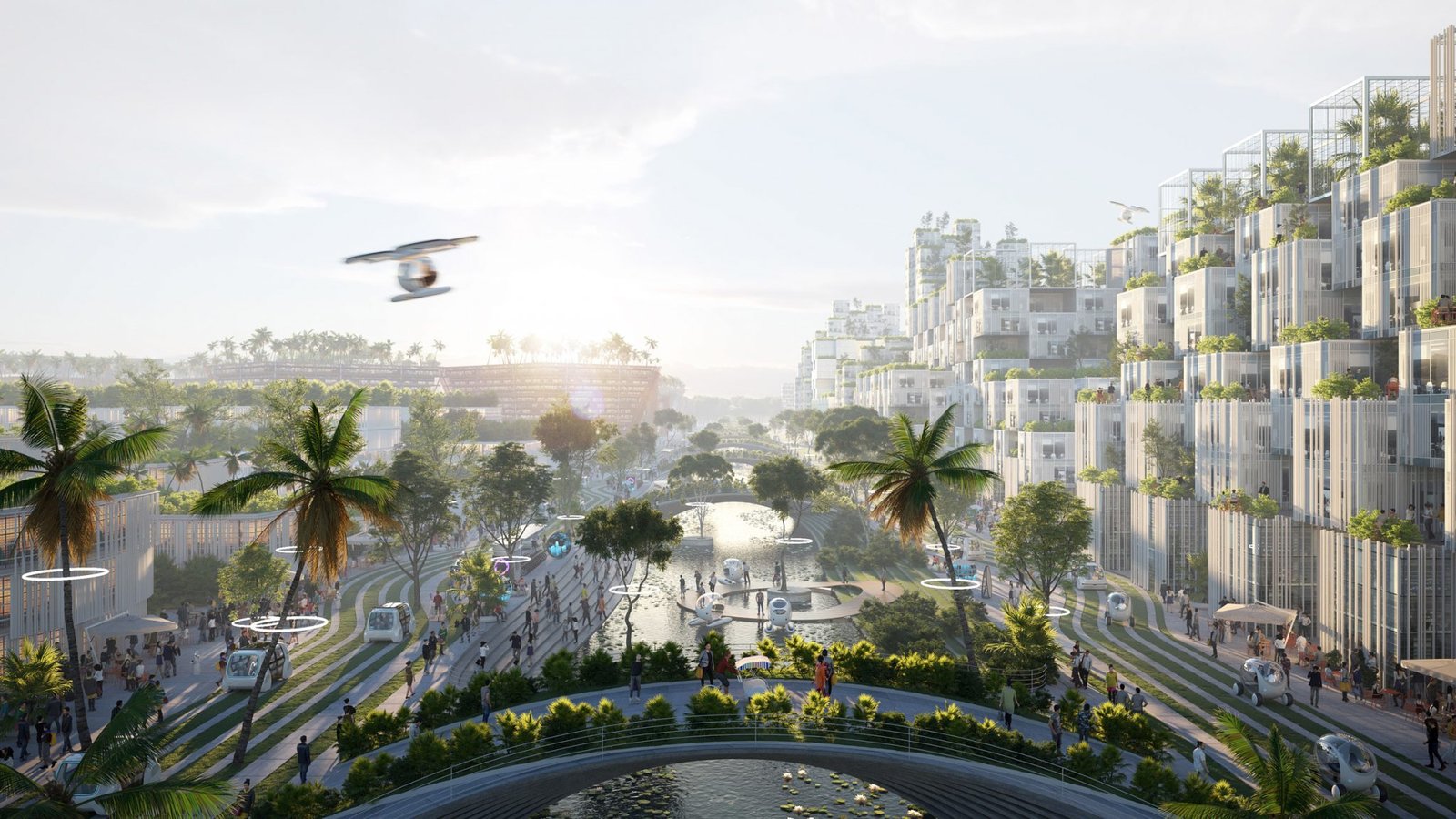 Malaysia is one of the most bio-diverse countries in the world. The country is rich in its cultural heritage and bio-diversity. Bjarke Ingels thought that a new city for Malaysia should be a blend of both of these elements. The idea was to develop organic lily pads in the form of a cellular structure that has natural passages and corridors for habitat. It is composed of mixed-use districts with 4.6 kilometres of public beaches, 25-Kilometer-long waterfront, and 242 hectares of parks.

The ideology of this project is to create a global impact for a destination that facilitates sustainable economic and cultural growth while protecting the bio-diversity of its natural habitats and coastal zones. 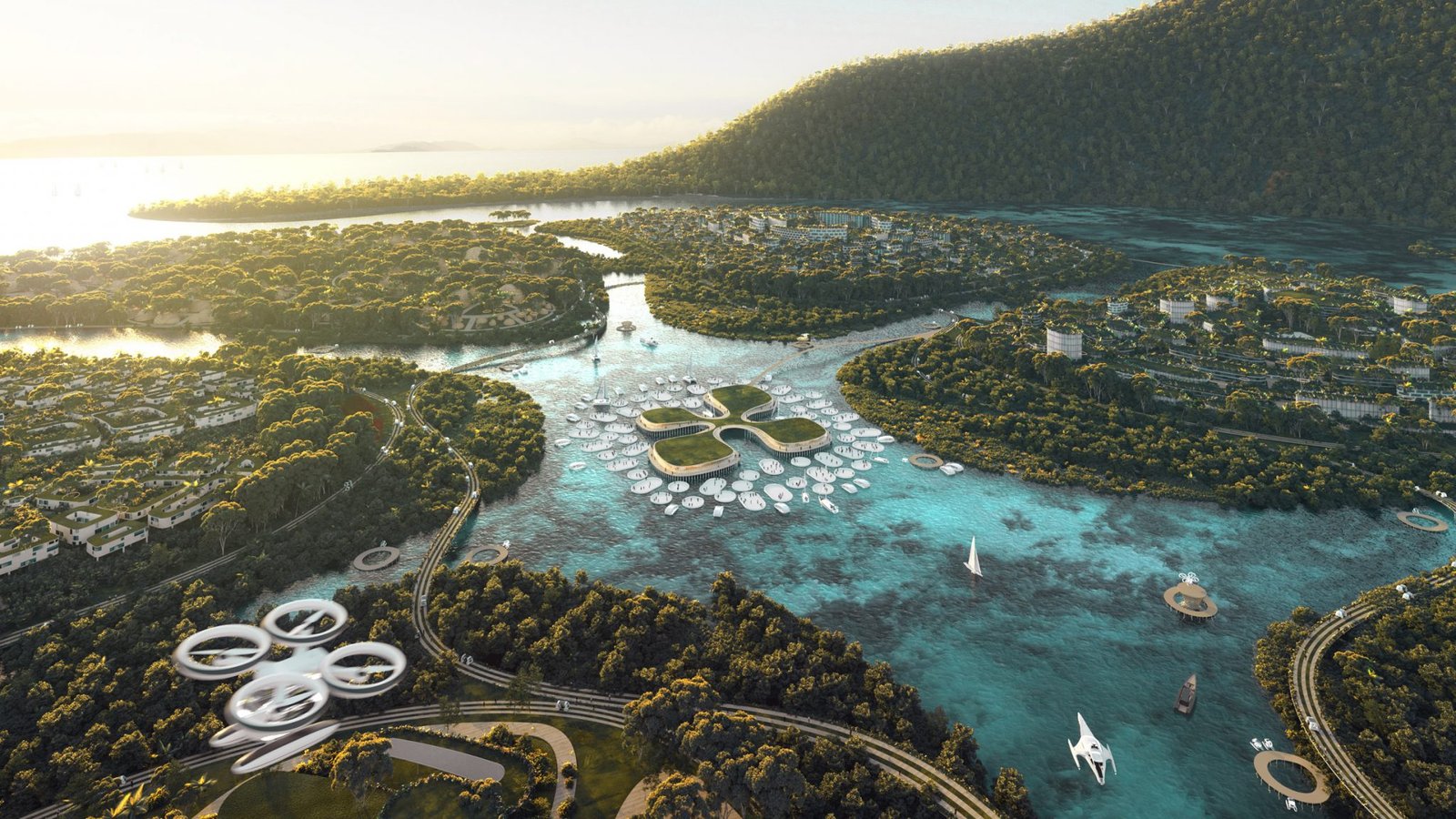 BIG also states that the construction materials used will be a combination of bamboo, Malaysian timber, and green concrete that uses recycled materials as an aggregate. The island district will each house a total of 15000 to 18000 residents. The districts will rely on localized water resources, waste management, and renewable energy. 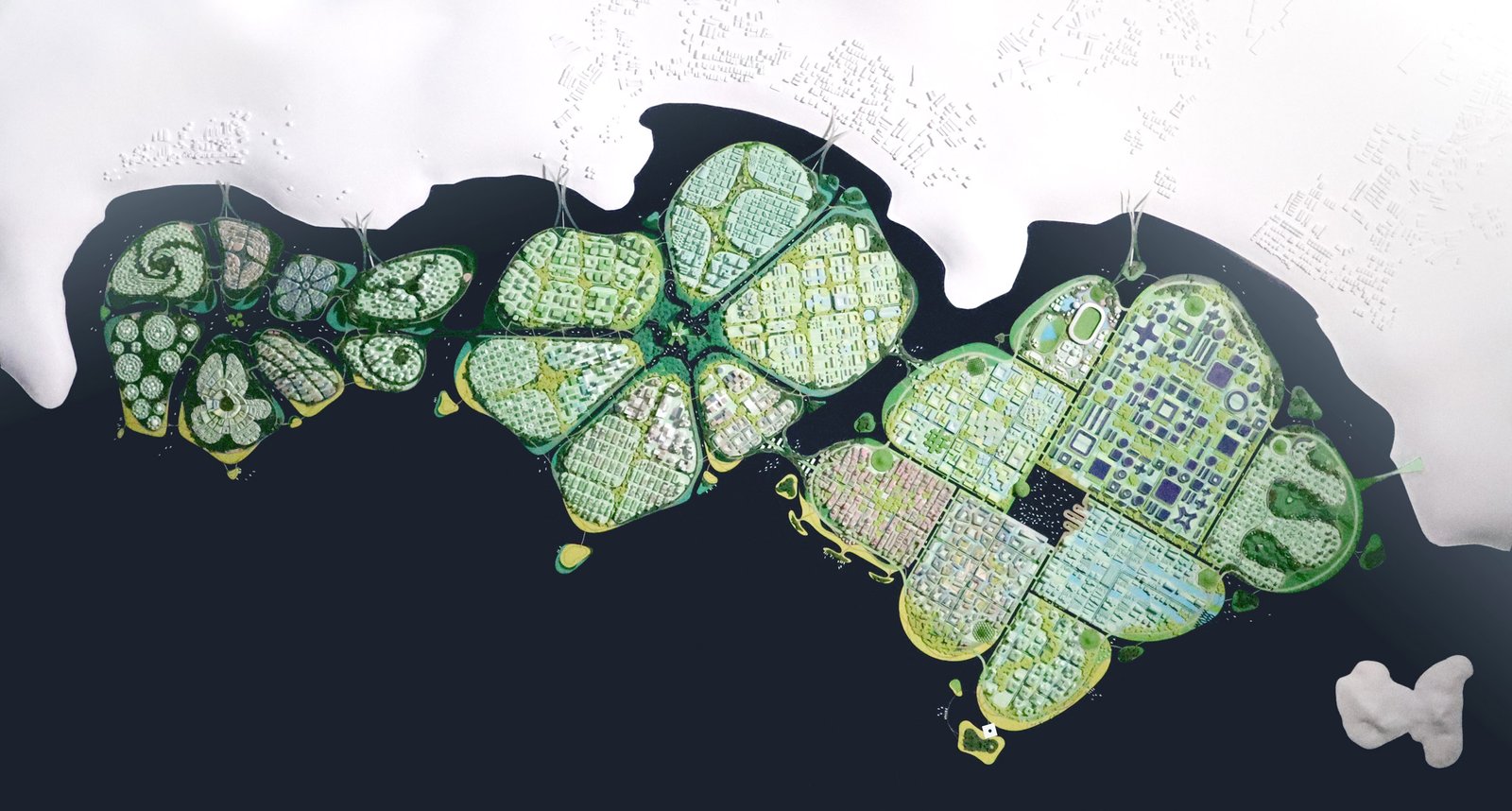 The well-connected transport system by an autonomous air, water, and land-based network is an essential feature of the masterplan. BiodiverCity creates a car-free environment that prioritizes bikers and pedestrians more. Every building and district will have a web of ecological corridors known as ‘buffers’ that will be used as natural reserves or parks to cater to the biodiversity.

“Our masterplan proposal, BiodiverCity, supports the Penang2030 vision with a clear focus on livability, on stimulating a socially and economically inclusive development, and on environmental sustainability for future generations,” said BIG.

“BiodiverCity will be a new sustainable global destination where cultural, ecological, and economic growth is secured and where people and nature coexist in one of the most biodiverse places on the planet at the southern shore of Penang Island.” 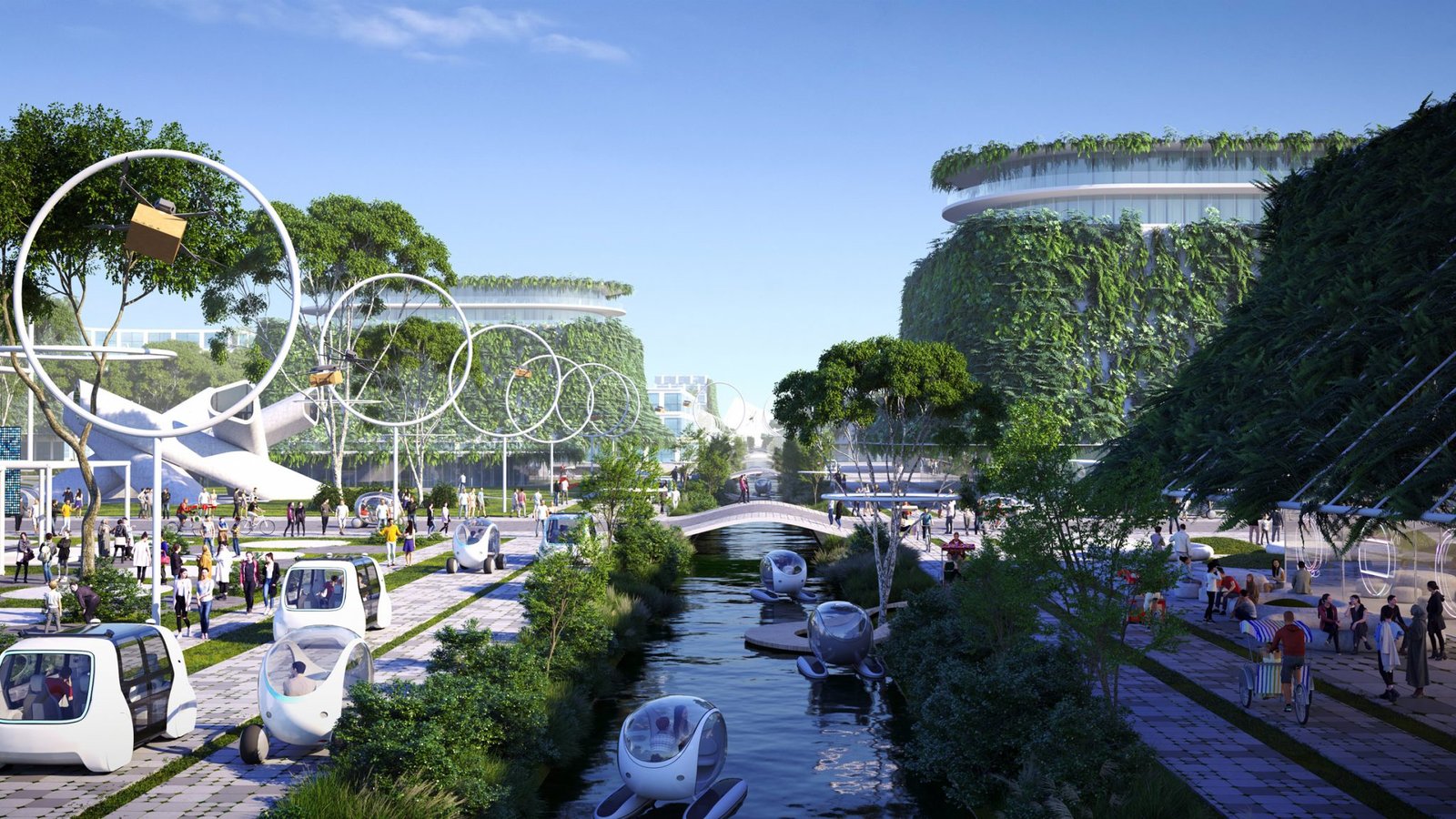 “If Penang is defined by its rich cultural diversity and its abundant biodiversity, we would like to envision the Penang South islands as an archipelago where the two can coexist in a human-made ecosystem, expanding and enhancing one another,” said BIG founder Bjarke Ingels

“We proposed the creation of urban lilypads organized by a cellular structure of urban districts connected by natural patches and corridors for habitats,” he continued. 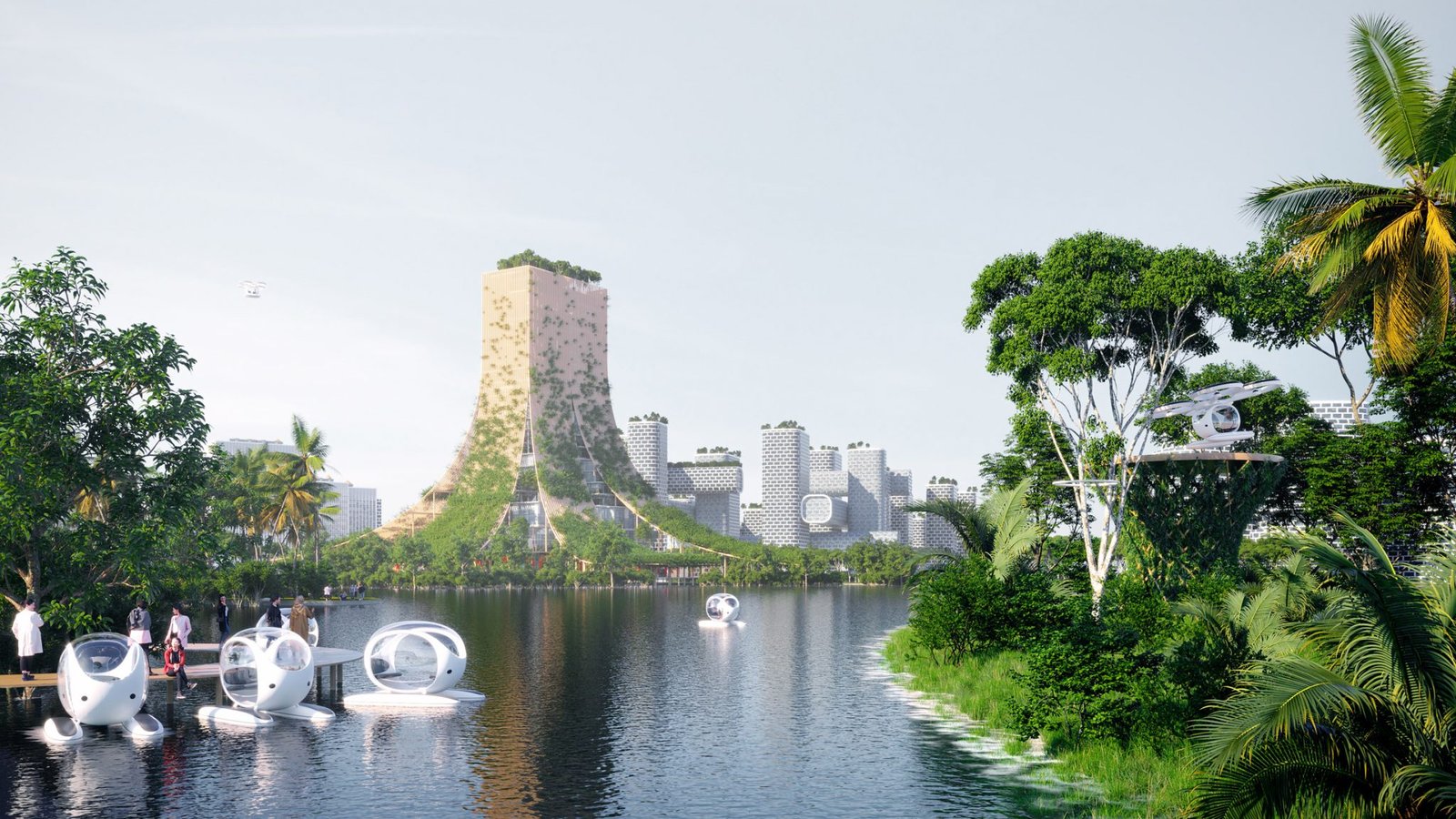 The island is set to be developed by islands. The first island to be under this is called Channels which will house the Civic heart and a Cultural Coast District. It will have a 200 Hectare digital park that will be based on technology, robotics, and virtual reality. 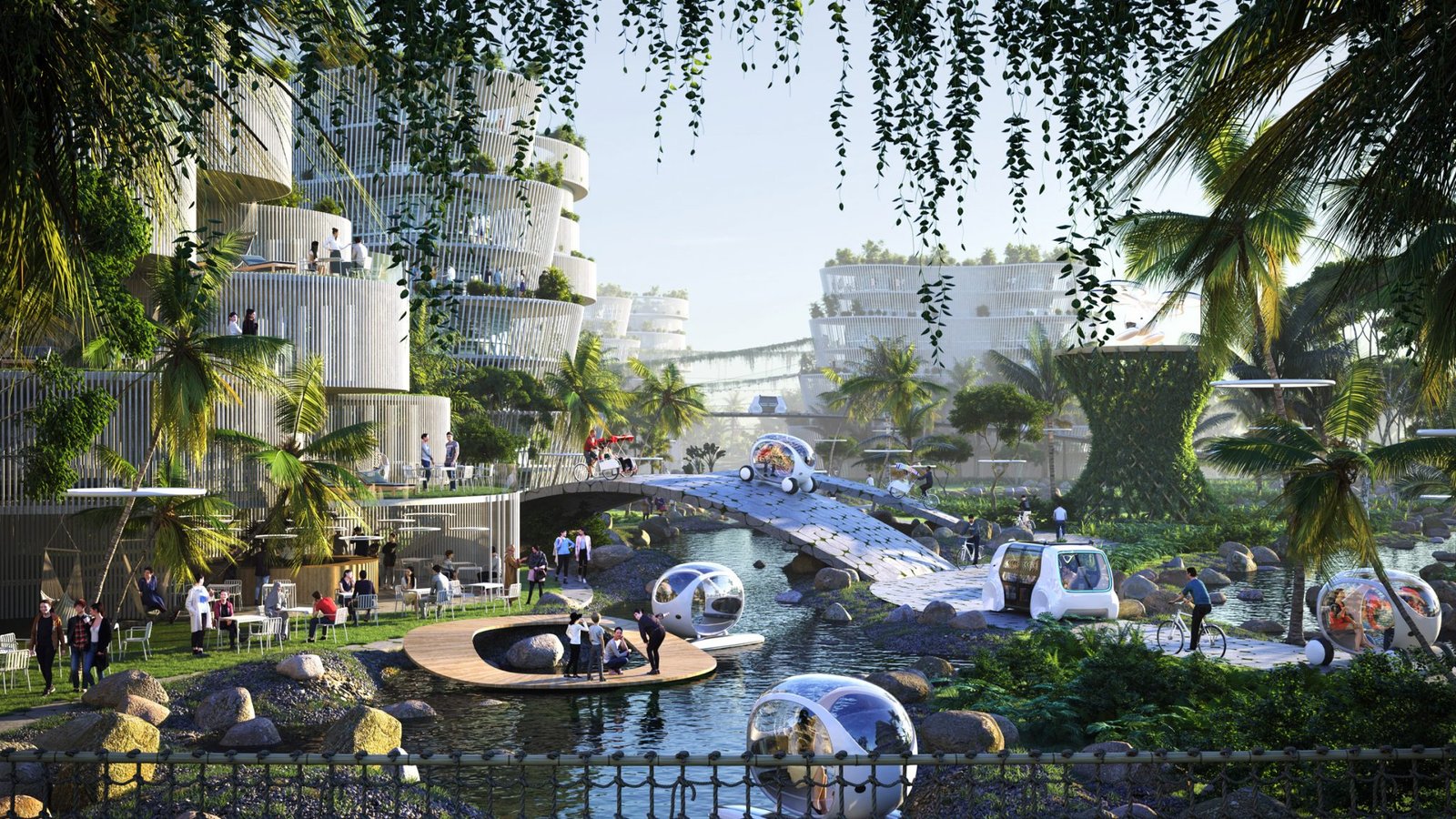 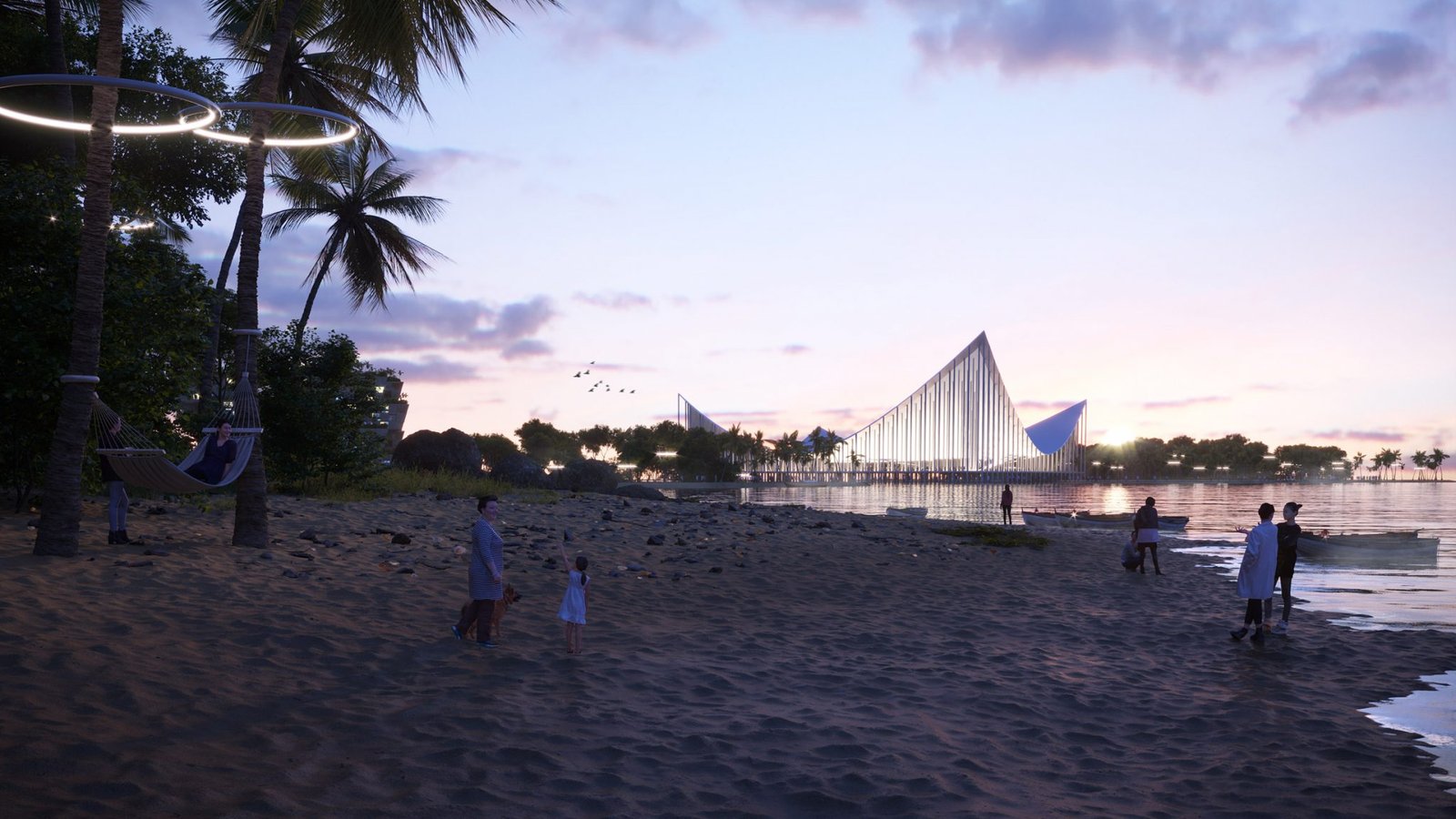 The second and central island is Mangroves will be having business-focused districts. Here the districts will be arranged around a network of mangroves and urban wetlands. The Laguna is the final island that comprises of eight smaller islands around a central marina. It comprises of terraced housing for residents and grounds for aquatic life. 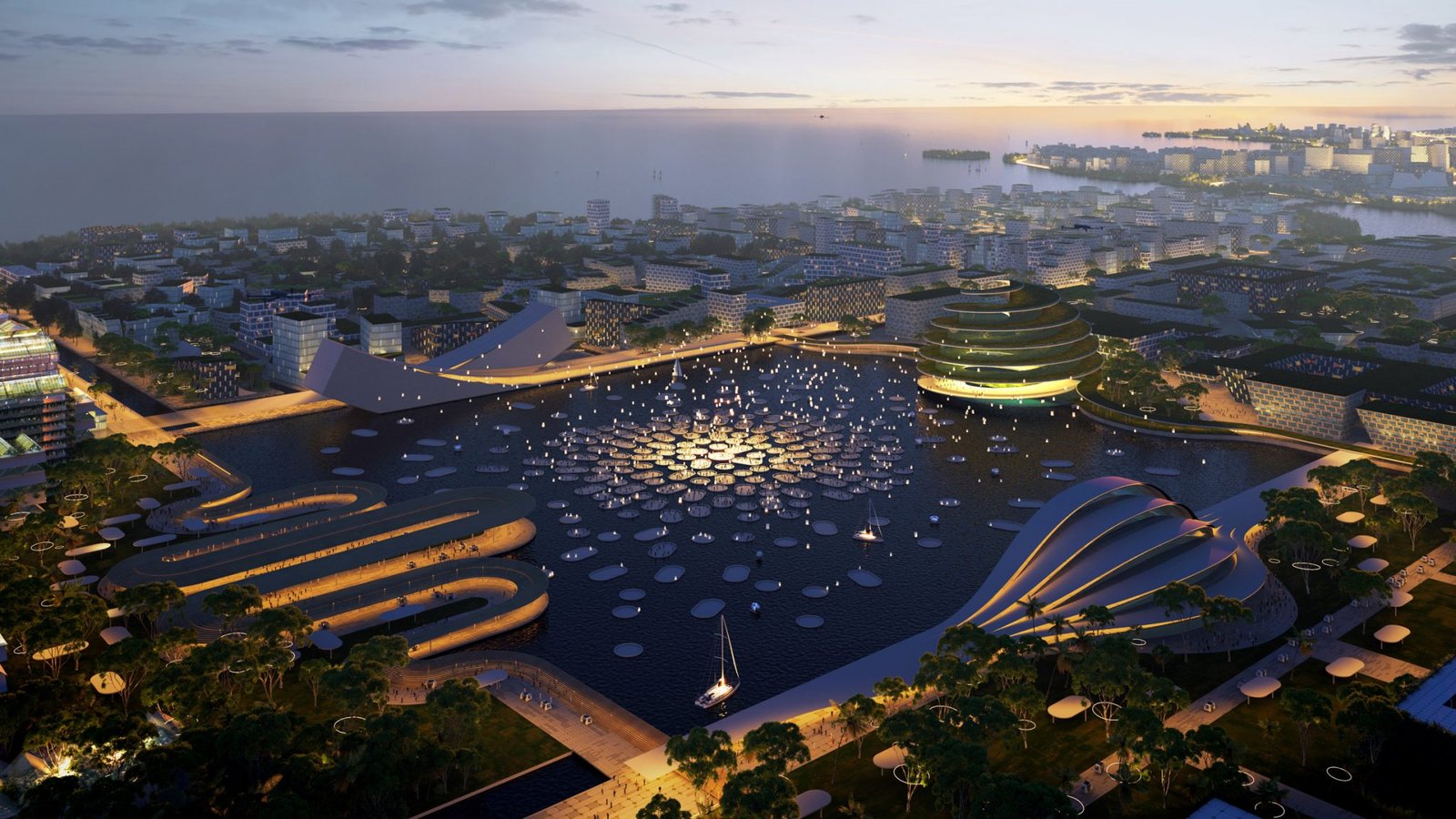 BIG or Bjarke Ingels Group is one of the sought after the architectural practice of the Danish Architect Bjarke Ingels. With many innovative projects under BIG, the practice has spread widely across the globe and has its offices in Copenhagen, London, New York, and Barcelona. BIG is also working on the ‘City of Future’ that will be built beside Mount Fuji in Japan.